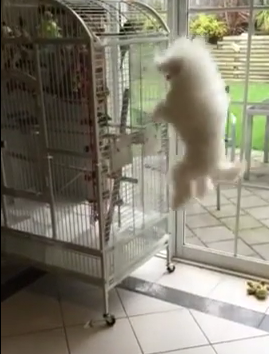 Loving my new iPhone – It takes wonderful videos
Swayze is going to be so busted when mum sees this!!!!!
The golden boy is not behaving himself once again

Swayze was in the running to work on an ad this week where he had to jump up and down so he had been doing a bit of practice on it.
They were tossing up between Swayze and a border collie
The gave it to the border – I don’t think they thought Swayze could do it!!!!
Think they used the wrong dog